I want to make a portable base with only the GPS and a comm link for the RTCM data output to my Rover’s GPS…is it possible to have the Survey-In start up on each power up so that I do not have to use U-Center to send a new TIME3 command?
the Sparkfun base setup tutorial implies that if I set the TIME3 to SurveyIn and its duration and accuracy values and then save config to EEPROM and BBR that it works, but I have seen others say it does not…testing on the bench seems to confirm that it uses the last fixed location after a power up instead of starting a new survey…

This is what I have for a portable base (Firmware 1.13), Survey in at startup each time.

Thanks…so for my education, what is it that makes it restart every time? just saving to EEPROM/BBR TIMEMODE3 with survey in and valid time/accuracy params like Sparkfun suggests or is there some other magic?

TIMEMODE3 saved as SurveyIn makes it do a new survey every time.

RTCM data is sent out uart2 to the radio

Out the USB is other messages so you can see in ucentre what it’s upto. It will look like a normal GPS till survey conditions are meet only then it will lock its position and call it “TIME” mode.

I have everything working fine except it will not start a new survey-in on power up no matter how far the new location is from the base’s last survey-in…it uses the last survey-in lat/long, even though TMODE 3 setup has been saved to Flash and BBR…I see a few articles saying that it will not start a new survey in as long as the BBR has charge since it holds the PVT state as TIME and that survey is completed…their solution was to remove the BBR battery and replace with a small cap since it will not start without voltage on the BBR…the small cap holds it up for a second or so , allowing the boot, but then goes to FLASH to get the TMODE3 and starts the survey…or…you can allow the base to discharge the BBR bat, but that can take up to a few weeks on some systems with big batts…and wont work if you are moving your Rover operation to another location in the same day…

I don’t have a Sparkfun board.
What about the reset pin on the board?
Does it only restart or load the default settings? I couldn’t find a response.

I have both Sparkfun & Ardusimple boards but I haven’t used the Sparkfun as a base before.

The Ardusimple board doesn’t have a battery for backup, so it might be just like you say.

I am using neither…this is a small F9P based gps/compass unit for drones…it has battery backup to allow fast warm starts…I am an ArduPilot dev and its wiki maintainer…this is my portable base…wish I could modify it to try to pull down RESET_N pin during power up momentarily to see if it will force a cold start but retain the setup config (ie not reset to defaults)…this would be an easy addition for the GPS OEM to add (I interface with them as they are an ArduPilot partner)…maybe your modules have access to that pin and you or someone else could confirm that holding reset_n low at power-up cold starts but does not alter the flash config? 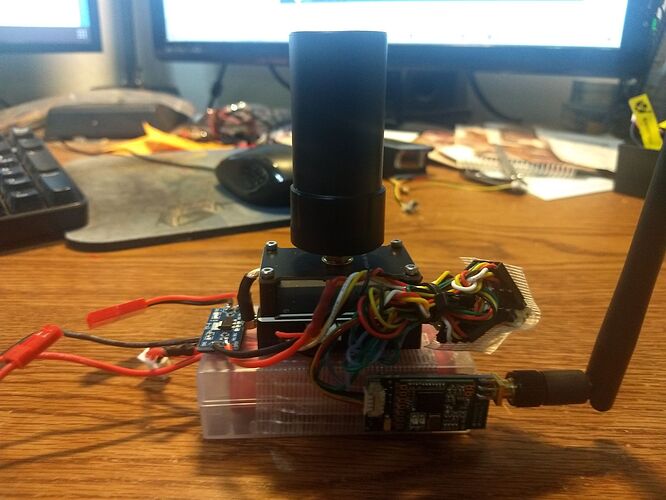 I just pried off the backup batts…it now boots fine and cold starts and survey-in every power up…if someone could try the RESET_N experiment, that would be an easy addition to the gps by the OEM and still have warm/hot start capability