Hi I was setting up the steering motor but had to invert the motor after that the motor doesn’t turn I have tried witha 12v battery the motor turn does anyone know what’s going on ??
As well when I turn the motor by hand there is 2 lights on md13s that turn on . 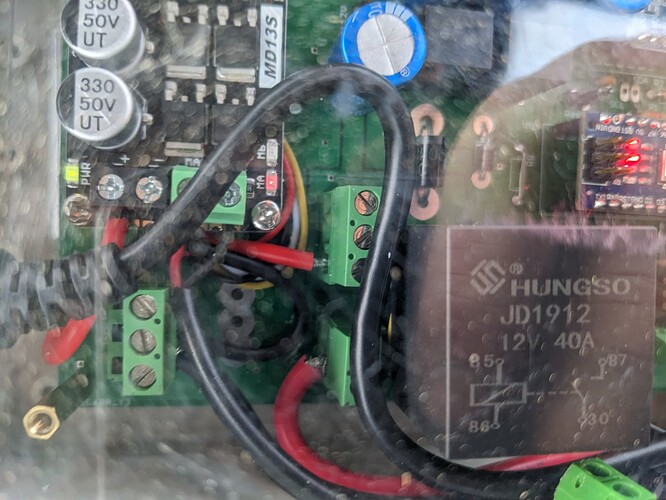 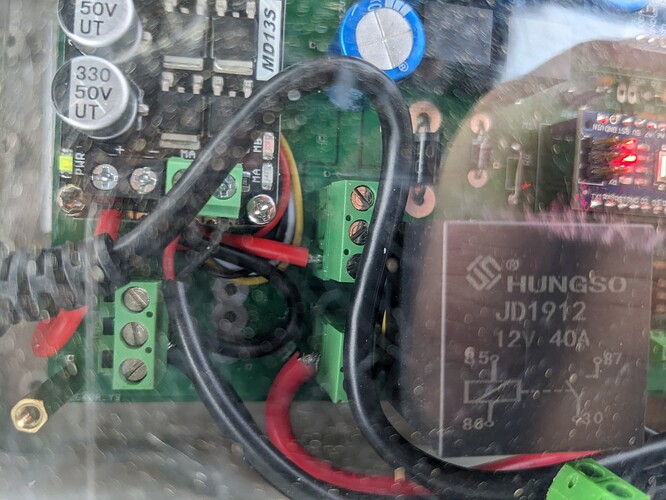 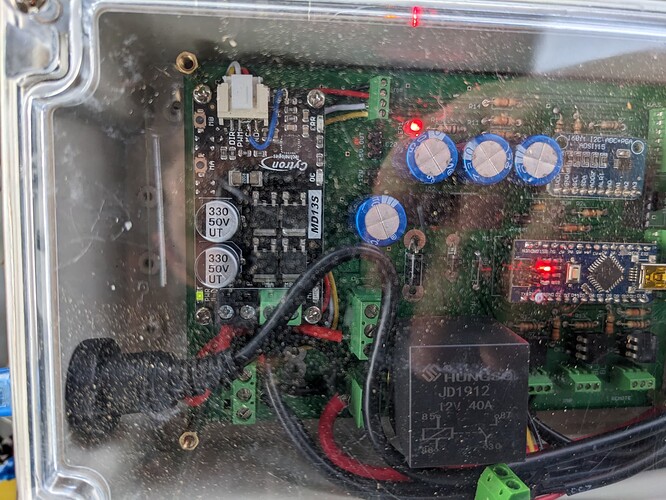 As well when I turn the motor by hand there is 2 lights on md13s that turn on .

My modified cytron also does that, and the auto steer works, so no problem there.

That’s all you changed?
And what kind of motor?

yeah and i have tested there isnt any power coming out
i tried the ma and mb still no power
but if i turen the motor by hand the lits on ma and mb turn on
but i thought with the mod welding the wire on the nc it shouldnt prevent back feed so should the lights be turning on ?

Do you have the 4th wire connected to the citron?

but i thought with the mod welding the wire on the nc it shouldnt prevent back feed so should the lights be turning on ?

I thought so too but it didn’t on ours. Must be the LEDs are after the modification.
Buttons MA&MB won’t work unless the auto steer is engaged in AOG

If I remember correctly, they did not work on mine. I think it needs that PWM2 signal to enable the output. Yes

Quick way to test if the signal can get there 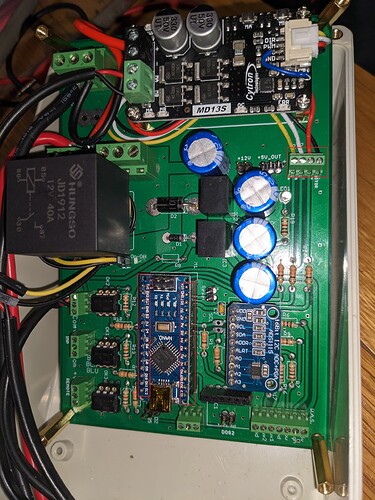 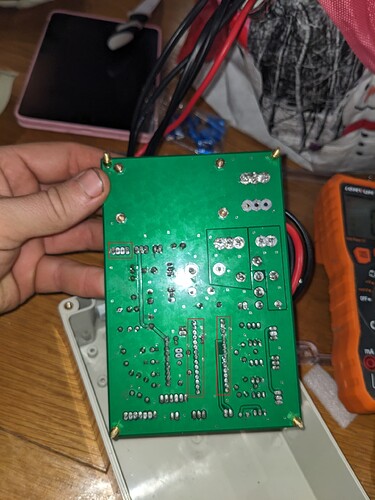 With one probe on the arduino pin, follow down the trace toward the cytron, checking each solder joint along the way with the other probe. You will soon find where the issue is.

Do this for all of the traces that connect to the pwm pins. 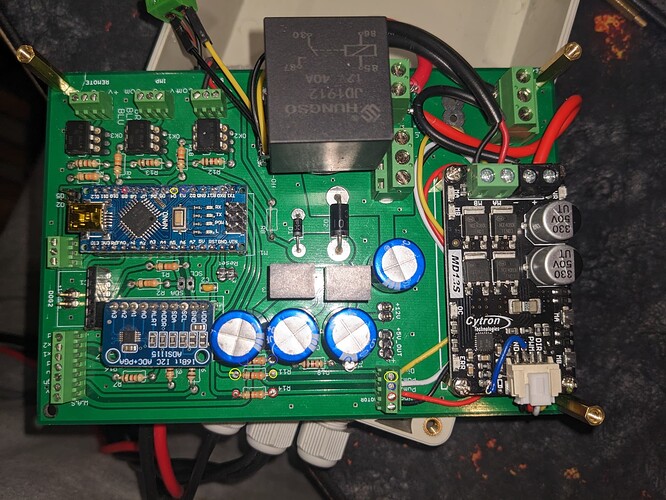 By changing something in the AOG settings, you might have send other information to nano on the pcb.
So show us your screen in AOG, and also setting page. (Are both autosteer icons bottom right green? )
In steer settings did you try manual steer? (Still need you to activate autosteer by either switch or button, if you have not set aog to manual engage)
In this screen you still have to (after opening a 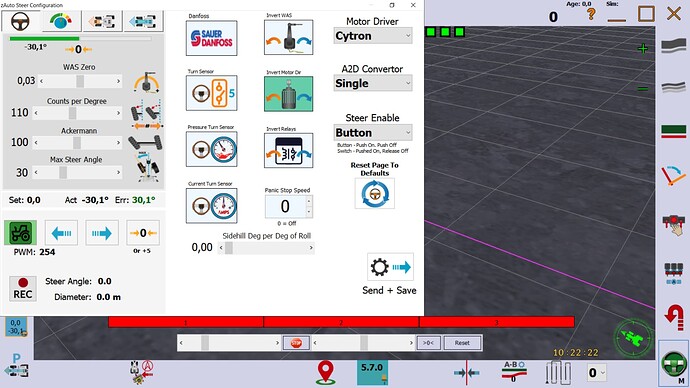 In simulator it is also possible to get PWM without opening a field. but I still had to flickr my button to make the steer icon yellow.
The flickr is needed at LEAST one time after startup of AOG, I did not find a way to get PWM without doing that.
I had assumed the NONE setting could do that!
Button is Flickr (to GND)
Switch is keep holding connection to GND, on the steer input.
EDIT 1:
In this setup there were no WAS, so to get PWM to other side I invert WAS
EDIT 2:
This was tested on a TEENSY, and later I did test on nano ant found the NONE setting worked alone by clicking the manual in steer settings.
Switch and button are same as teensy.