I’ve been looking on AliExpress for mobile cameras systems to use on the farm equipment. Ideally I want to have a mix of wireless and wired cameras on the same monitor/display so that I could share the wireless cameras’ signal between combine display and cart/truck display for example but the only systems like that are the older low resolution analog. On AliExpress I found higher resolution analog cameras that use a signal called AHD (analog high definition). They can output 720p or 1080p. Now most of the displays are actually a mini DVR (digital video recorder) that can record to USB or mSD but it’s unclear what resolution they record and what resolution they display. When I ask the sellers what resolution the display is, they don’t directly answer my question, they just say that it supports 1080p MP5 playback, which could mean it can play a 1080 file but might still down scale to a lower resolution. Most product pages state a display resolution, some say 1024600, some 1280720 and a couple say 1920*1080 but as with all things on AliExpress, stats & specs can be exaggerated or misrepresented so it’s hard to know exactly what to expect. For my use, I don’t care about the DVR or MP5 playback function, I want a display resolution to at least match the cameras, and if using quad camera view then it’s better if the display has an even higher resolution. So it seems there only way to know for sure is to try a kit.

9" 1080P AHD 4ch DVR
The cameras are supposed to be 720p with a 150 deg starlight sensor so they should have a better low light image and they use white LEDs instead of IR so it’s a color night image. They use the 4 pin aviation cables like cabcam systems, although I don’t know if the pinout is identical. The display is a 9" 500 nits IPS.

So far I have not seen any AHD displays that support wireless & wired cameras plus it appears that the wireless signal only supports 1 to 1 pairing between camera and display so then I can’t share wireless signal between tractors anyways, I’ll just go with all wired systems.

The option that AOG webcam has in utilities only serves to see the image of the camera carried by the tablet or the pc or could it be sent the signal from an external camera?

It should detect an usb camera.

What about an USB video grabber and an analog trailer camera?

I tried some Reolink PoE cameras last fall, too much delay and I couldn’t find an Android or Windows app to stream them properly. Other brands probably work better but I’ve decided to go with AHD cameras from AliExpress.

Cameras from here because they have IR or white
LEDs 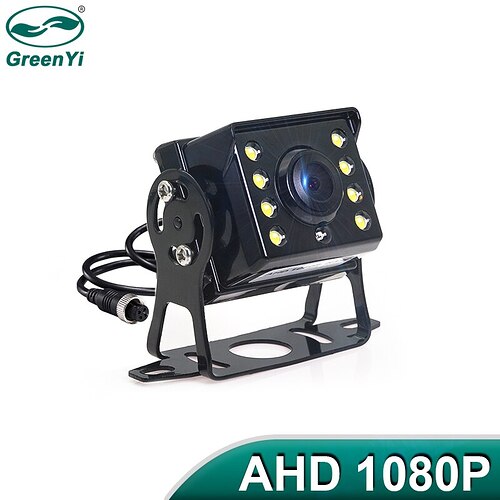 Displays from here because they’re touch (instead of a poorly labeled remote control to lose) and they support 720 and 1080 cameras (not simultaneously). 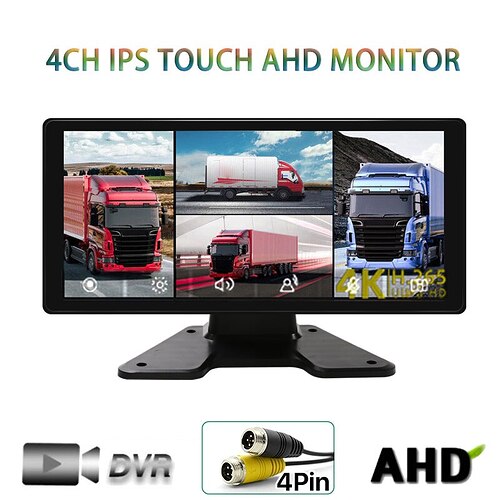 No intention to promote Reolink but why don’t you use their own Windows app on the AOG laptop, or their Android or their Apple app on an iPad?

These cameras can connect via an “external network” but most can do direct connection within the local network (even with no internet available). I cannot see how the IP camera delay could be lower than say a Windows app on a computer at the same local network as the IP camera?

A cheap 5Mpixel IP camera allows zooming to a particular point of an implement if needed, still with good video quality.

A “computer” (like the Windows computer for AOG) as the display is a general purpose tool, allows me to run my Raspberry Pi plough controller via VNC without a specific display for it.

I first tried some very cheap Nedis Smart Life IP camera for the tractor and only then realised that product does not work “locally”, only works via the manufacturer’s server. Awful delay and no video without the tractor computer connected to internet.

Once more emphasising that I’m not familiar with IP cameras generally and not promoting any brand but I run a Reolink dual camera at the front of the tractor (for blind entries to main roads etc.) and one as a rear view camera and find them OK.

I was using the Reolink apps but half the time the streams weren’t working.

OK, sounds odd. Not really usable if it is not reliable. Perhaps a different release or a different camera.

What do you guys think about this camera? I want a wireless camera that I can set on the auger to watch the intake while getting the trailer over top of it. I just wanna use my phone to watch as I have 3 different trucks to unload and don’t wanna setup a camera on each truck. Cab Cam is about $350. These will be about $80.

These look interesting. In the AliExpress product video it appears to have minimal lag/delay.

This is what I have been using for a couple years for that same purpose. Haven’t had any issues with it.

I bought one and it was delivered last week. 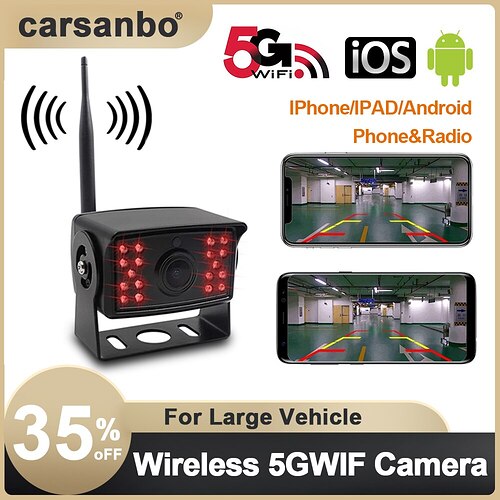 There’s surprisingly little lag but disappointingly you can’t change the Wifi SSID to something like “Auger” or “Grain Cart” so using multiple at the same time gets confusing. You also cannot have it connect as a client to your existing Wifi, it can only act as an AP. I would like it run as AP when in the field and connect to my yard wifi when on the yard.

Does this IPS screen have an easy way to dim it and adjust light levels at night?

Yes, it’s all touch screen controls. The most intuitive screen I’ve seen direct from China. I like the 9" & 10.1" best, they are single touch to change from single camera to multi view and back whereas the 10.3 extra wide displays require a double tap and also have a different menu system which I find less streamlined.

One note regarding these display’s resolution: most are 720 or less pixels on the display and even though they advertise 1080, they mean the recording resolution which in my experience the file they create is at best 480. I have tried to get clear specs from the sellers but it’s like pulling hen’s teeth. In the end I think the image is pretty decent. I also suspect the cameras are not actual starlight imagers as the nighttime image gets very smeary without a lot of light.