I cannot find anyway to fix this!?

Try this
And remember the send part

Autosteer basic configuration How to

One of the most important settings is the basic Autosteer settings. In this document we will try to guide you to get everything working correctly. STEP 1: Open Auto Steer Configuration window, click in degrees icon information and a new window will pop up. [image] If you press on the lower part of the window, it expands, showing new functions for the configuration, there are a total of three expansions, that pressing on that part again appear or disappear, in a cycle. [image] [image] La…

Just went out and tried that again, pressing send after adjusting it still made no difference.

It seems odd that it gives such a large angle.

Well, that is bad news.

Time to tell exactly what your setup is:
PCB ?
AOG version?
INO version?

It seems the WAS reading is about five times too high!

Any idea in the ino file where it will specify how to decode the WAS reading?

But these WAS settings are controlled by AOG settings.
How is your WAS connected to the PCB?

Testing at the terminals gives 5v out, and the signal being returned in the correct range.

Does the ADS1115 process the signal, could this be faulty amplifying the readings?

The 1115 just convert the analog signal to a digital one. Sends it to nano by i2c , nano then divide by a number set in the ino. But that number is controlled from AOG. Years ago you did have to set the number in the ino. And you still can if you want to.
So I believe your problem is connection from computer to nano, or somehow using wrong ino.
Because I hear you say that steer angles change in AOG (from positive to negative) when you turn wheels from right to the left

If I turn off 12V and Nano is powered by USB the WAS still gives the same readings.

That is strange. When I do that, the power to WAS is only about 3,5 volt, and therefore signal output is also lower.

We need pictures of your PCB and connections.

How do you upload INO to Nano?

Will take pictures in the morning.

Uploaded ino to Nano with Nano not plugged into PCB, did on my desktop PC via USB cable using Arduino software.
Then put Nano in its socket on PCB.

Very okay way to do it. And no fault messages after uploading?

No fault messages, pictures attached of PCB and a few showing the crazy steering angles. 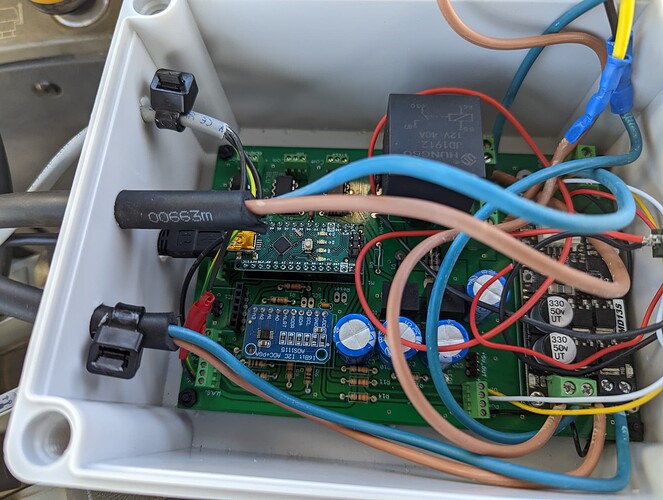 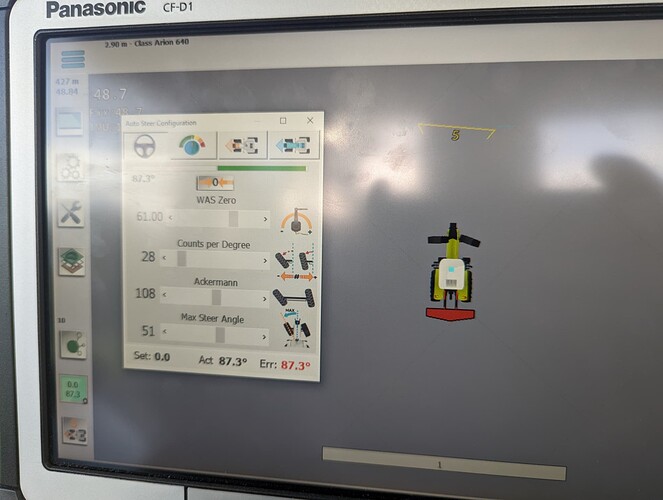 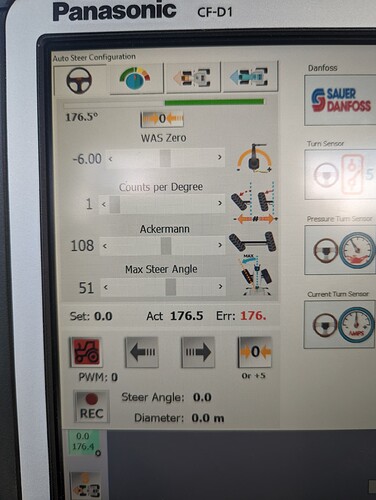 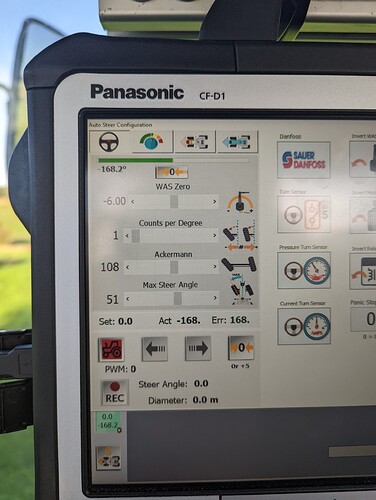 What is the steer angle, when you set counts per degree to the maximum values.
I can see 28 seems better, and 1 will definitely not be enough.
That actually means that your system work correct.
You should set counts per degree, so a real life measurement over wheel almost matches, what AOG tells you in the top steer angle barr.
Normally that would be around 40 deg to each side. 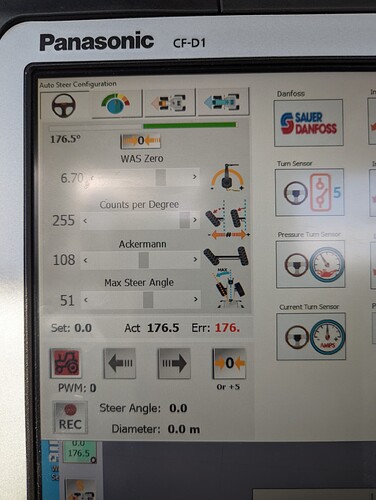