I wanted to be able to disengage Autosteer when holding the steering wheel with my hand.
Same principle as TRIMBLE EZ-Pilot per example.

To achieve that, I calculate the power needed by the motor by multiplying Volts and Amps.
If it exceeds an adjustable limit, it disengages autosteer.

I plan to replace the motor with rubber wheel by a gear fitted under the motor to make it more convenient.

I took an Arduino Mega I had on stock and an LCD to see what is happening.
To engage/disengage autosteer, I used a small relay board which is connected to the “switch” pins of PCB V2.
I am currently using the second relay of the board to turn on/off PCB thru USB power from the tablet. When I unplug the tablet to take it home, it shuts off all the system. hello, I’m assembling the autosteer and I find your system useful but I will have a few questions: What is the relay card for (what is its name?) and where do you plug in the swich steer at home? for the arduino mega card do you need programming or not?

With the relay card (USB Machine board) you can control the sections of the sprayer or raise and lower the implement or whatever you want. I suggest that you download the latest version of AgOpenGPS v4.3.10 from Releases · farmerbriantee/AgOpenGPS · GitHub. There is also a “Support.zip” file which contains Arduino.ino codes for programming, diagrams, photographs, etc. Arduino Uno is the most commonly used and must always be programmed. (eg. with Arduino IDE)

thank you for your advise.i will try to look at this but this is a bit complicated for me thank you.

Hello,
In that assembly, steering engagement is made by the small relay board. I hooked up both pins of 1 relay on the steer switch pins on PCB V2.
There is a small programm for arduino MEGA, I can send it if needed.

I bought the relay board on Amazon

Would it work with an arduino nano?

Of course, it is a very simple sketch with no big calculation needed. I took an Arduino MEGA because I had it on the shelf.
I attached the sketch on the first message of that Topic.

Characteristics of the potentiometer ?

1K but it was too sensitive to adjust precisely. I had to turn very little to change setting. You can maybe do it differently or adjust the sketch to make it more user friendly.
Rotary encoder would be perfect for such adjustment.

This torque measurement addition ought to become integral “must have” to any mechanical steering solution. I have used Fieldbee autosteer with MDU-G4 steering wheel motor and there are situations where, by instinct, one will grab the steering wheel to avoid a major screw up. Such “non slipping/spring loaded” motor setup is suprisingly strong and I’ve set the system so that the required stopping force by hand is minimal. It’s perfectly okay to then stop autosteer like that in every headland if so wanted.

Some people have already moved motor controller away from the main PCB to gain better MMA function and smaller cabling. Now all this torque measurement + Cytron could be situated in another small PCB close to the steering column (hopefully in an handy place so also the button with led could be placed on top of the box).

Does anyone have such PCB already designed & shared, where Cytron and torque measurement are happily together?

Not sure to understand correctly, you already made such an assembly ?if yes, could you post some pictures ?

No, I have not yet made such an DIY assembly myself. I however ordered parts now for DIY steering motor and torque measurement, because need to set up one more tractor with autosteer.

I’m trying a motor with integrated controller for PWM operation. Will also try a non-invasive current sensor, so the motor 24V supply can come straight from the 12–>24V step up converter.

I meant to say, that this type of torque measurement is implemented in OnTrack/AgLeader/Müeller ECU-S1 + MDU-G4 setup, where the disengagement torque threshold is adjusted in the steering controller menu. Would never dare to drive without that feature.

Basically the arduino is only here to read the “AMPS” which is an analogic value between 0 an 5 V, and activate the relay with +5V ot not with 0V.

Would it be possible to replace the arduino by other components in order to switch on/off the relay at a certain voltage (adjustable) ? => transistor + potentiometer ?

Suppose an (Arduino)relay with optocoupler and the potentiometer adjust (to GND) how many Volt goes to the optocoupler.

This one can be used both for High and Low input. DC 5V 1 channel Optocoupler Relay Module Support high and low trigger UK | eBay 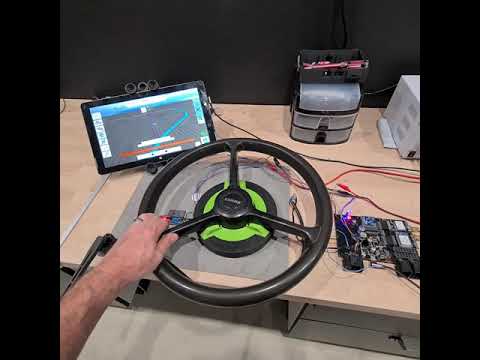 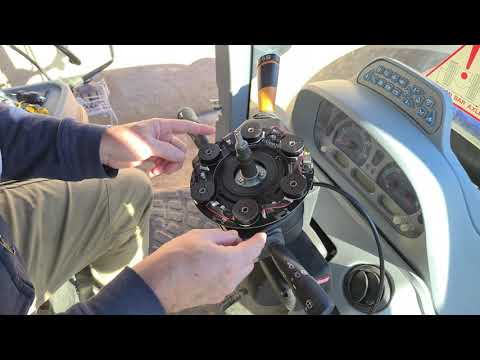 Nice System, where can it be ordered? Or which Motor are used for this Concept?
Regards, Peter

This guy uses AoG for his business, but he doesn’t share what he does

…also selling steering modifications that are not officially certified is a very VERY risky business with possible huge implications.