The ESP32 is an access point, so you connect to it from your tablet or laptop the same way you would connect to wifi through your router at your house. Everything is then communicated over UDP on that network.

So you could mount it on your scraper and send gps data wirelessly to the tractor instead of string a thin antenna wire between then tractor and scraper.

Are you goin to make available on Github in the near future?

Yes I will release it as soon as it is bug free. Should be able to relay GPS info to @Pats versions as well for those using that system.

Hi!
So, can the small joystick control a pwm hydraulic distributor?
how does it work?

that would be great.

but will i need to use ardusimple? or will any gps work with it?

It just reads the Serial Messages output by the RTK2B board and the transmits that over UDP. Could be adapted to other COM methods (I2C, SPI) relatively easily. Depending on what GPS system you have and the available COM methods that it supports.

Yes. Joystick controls proportional valve when not in automatic mode.

I am now interested in OPEN Grade 3D.
I tried moving OD3D with a simulator and a tractor, but I can’t create a 3D map. How can I create it?
START ＞ Field ＞ Create new ＞ survey mode ＞ ???
Do I need 3D map data separately?
I also use AOG.

Hello, i would like to use opengrade on a mini excavator, i ordered a start kit simplertk2b and a little Windows screen. I am looking for a help file or a tutorial to understand how to install the hardware. Could anyone help me ? ( sorry for my bad english, i do my best

)
I mean are u using one antenena on the blade or on the Tractor or both ?

I have uploaded everything to My GitHub 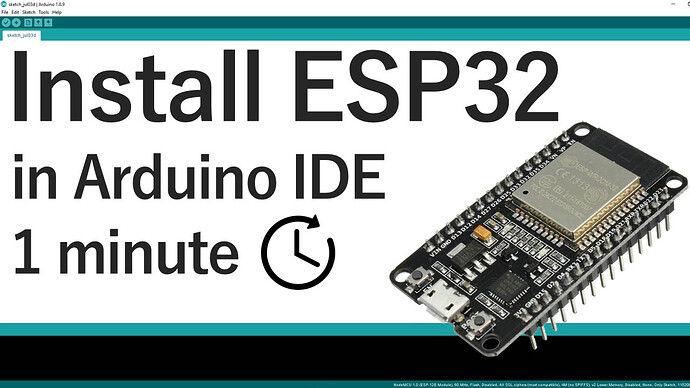 Learn how to install the ESP32 board add-on in Arduino IDE in less than 1 minute. This guides works in any operating system: Windows PC, Mac OS X, and Linux.

Then will need to Add both the
Adafruit MCP4725 Lib
Adafruit BN0O55 lib
Both can be searched for and installed from the IDE library manager.

You will also need to reinstall OG on you computer as it has been updated.

I am considering renaming the project to OpenGrade X as this
version it has begins to move further from the original. As well to avoid confusions between OG OG3D and now OGX in this forum and better answer questions pertaining to each version. What do you guys think?

As far as naming. I suppose that would be fine. A few points. I think Pats 2.1.3 is the most common OG at this point. I dont think that yours is fundamentally different accept for the UDP. Maybe we could get to were we have one stable OG. And everybody elses versions are betas. Just trying to think. Youre raising a good point. More later

Fundamentally they are the same yes, but as the Code bases continue to diverge it gets increasingly harder to implement Code snippets from one to another because of other dependencies, if that makes sense? Another big issues lies in the COM Methods that are used.

Here is ultimately what I am working towards as a completed project. Should be very accurate with IMU measurements being made at the antenna instead of in the cab like I had initially planned. Other than a a power cable run from the implement plug to power the Antenna Module it is completely wireless. the Grade Control Module is powered by the 5V Source Source on the CNH Scraper Plug.

This is all obviously relatively untested though this is why I recommend the Subtle name change, users still know it is OpenGrade but a way to differentiate from Pats Stable Working Version.

Yeah I totally see what you mean. But i still wish their was a way to kindave keep everything organized. I guess ive been a user from day 1 but never contributed any code. So i dont want to tell you what to do. But I love being part of the discussion. And especially using the end results. I do think that anything coming off of the Open Grade concept originally started on combine forum. Should still include Open Grade in the name.

And i guess the “Main version” used to be Briantees. Now its Pat’s. Maybe that will change. Thats actually the beauty of open source.

I like this!
Yes, it’s almost impossible to fuse the different versions.

I don’t think I will put much time in my OG version. Have a lot of other projects in mind!
I will work a little on OG3D, just some small details, it worked great for me last year.

Yes,
You can make a survey in the “survey mode” but this will only create a file in the field folder.
You have to use a third party software to make the design (I use optisurface)

For survey/leveling in the field without third party software you must use OpenGrade or OpenGrade X. It works good for small areas.

@Mathieu2 check for opengrade on youtube, just one antenna on the blade.

@kansasfarmer We really like your comments and experience using OG and the great videos of your fabulous earth-moving projects!
It’s nice to see what can be accomplish with this free software.

Now that im thinking of it. What kind of dirt moving equipment are you using Open Grade on “BlackAce”

And maybe start a seperate thread about Your version. So its easier to sort the different discussion?

This one has gotton HUGE

I was also thinking starting a new thread for OG3D since it’s a completely different software and there is confusion sometimes between OG, OG3D and now OG X!

Maybe a thread for each is better for specific questions about use of each software.
I was checking at OG X and I now know so many people are a little bit lost when looking at these softwares.
We should invest some time making “quick start” videos!

But one “Grade Control” thread is great for the general ideas!

@kansasfarmer We really like your comments and experience using OG and the great videos of your fabulous earth-moving projects!
It’s nice to see what can be accomplish with this free software.

To add I think that what is great about these forums, and people can add to the project in different ways, whether it is coding, electronic know how, real world experience as well as suggestions of where they would like to see the project go. All help to move the project forward in there own way.

This version will be used mostly for surface drainage from sloughs by me. Attached to a scraper pulled by a NH T9.450 4WD.

I was checking at OG X and I now know so many people are a little bit lost when looking at these softwares.
We should invest some time making “quick start” videos!

I Haven’t yet gotten to making the process a little bit more user friendly yet, I will likely turn my attention to that once I have everything to a point that I am happy with. It is still very much in the NERD stage now, but thought I would upload if anyone wanted to try it out. I am not much of a video maker myself, but maybe some one on here is, and would like to take that on as part of the project! Would be happy to provide them step by step instructions to do it.