Motor rotates in one direction

Hello, I am interested in agooengps Turkey. I installed the version 2 card, installed the program and uploaded the code to Ardunio. motor turns in one direction. Is there a problem with the potentiometer I use with very high values ​​as the potentiometer value or I could not solve it elsewhere. I am using china ardunio Nano v3 with Artmege 328p. In the AGOpenGPS program, features such as automatic opening and closing are working. I managed to reset the potentiometer, but the motor kept rotating at the same speed and in the same direction. How many k worth of potentiometers I need to use to try it out. motor driver I have connected IBT_2 motor driver incorrectly. 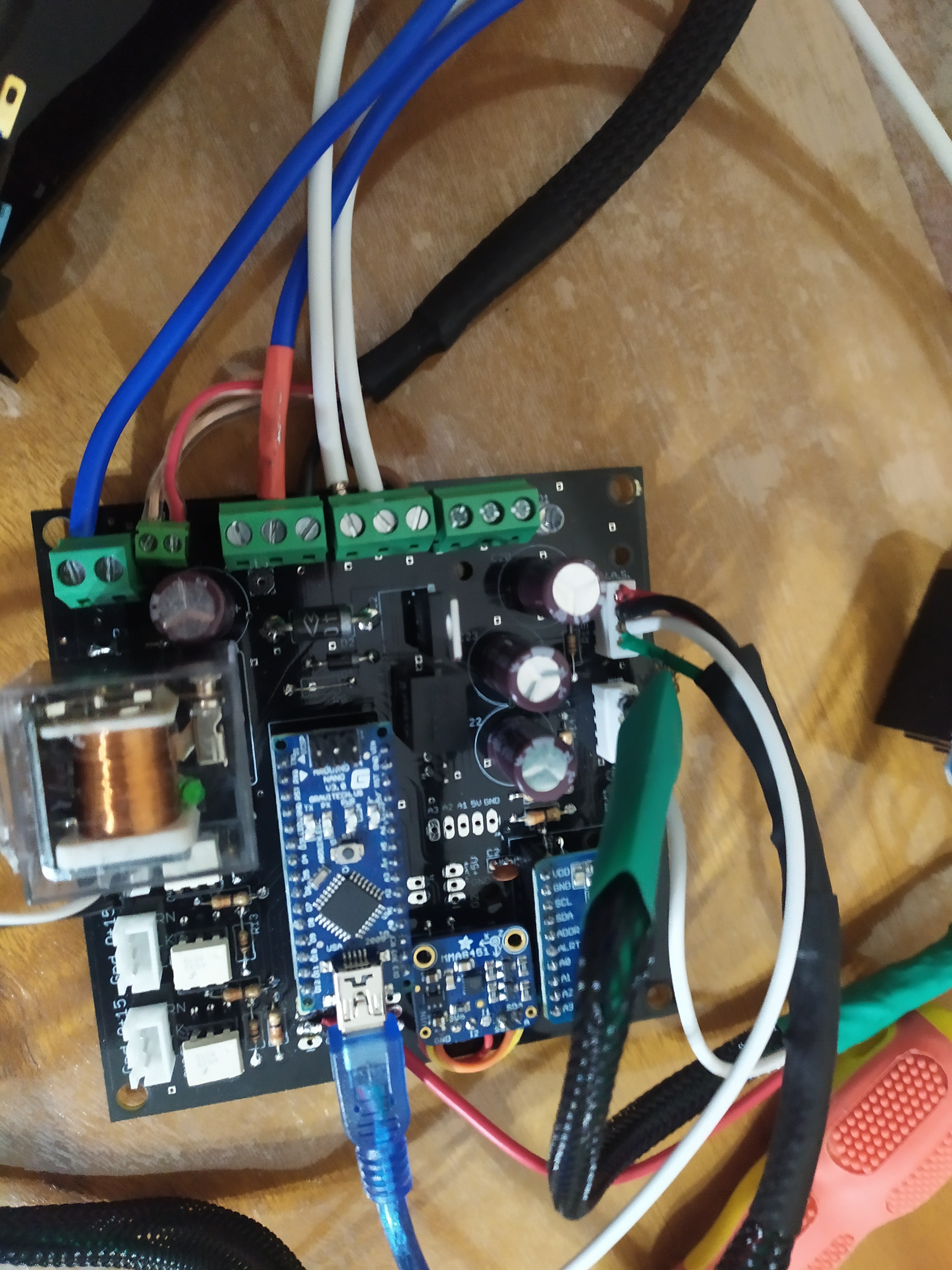 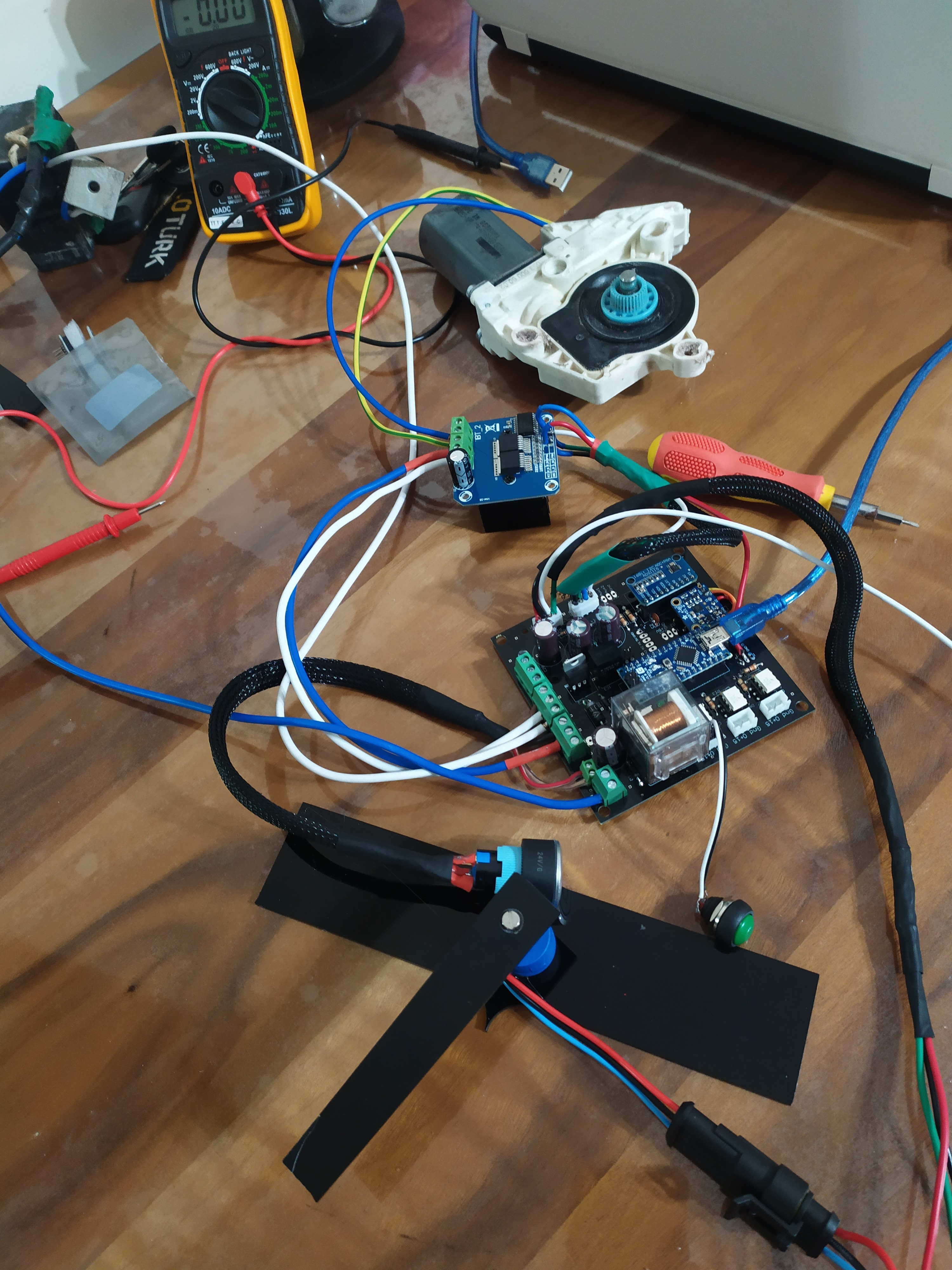 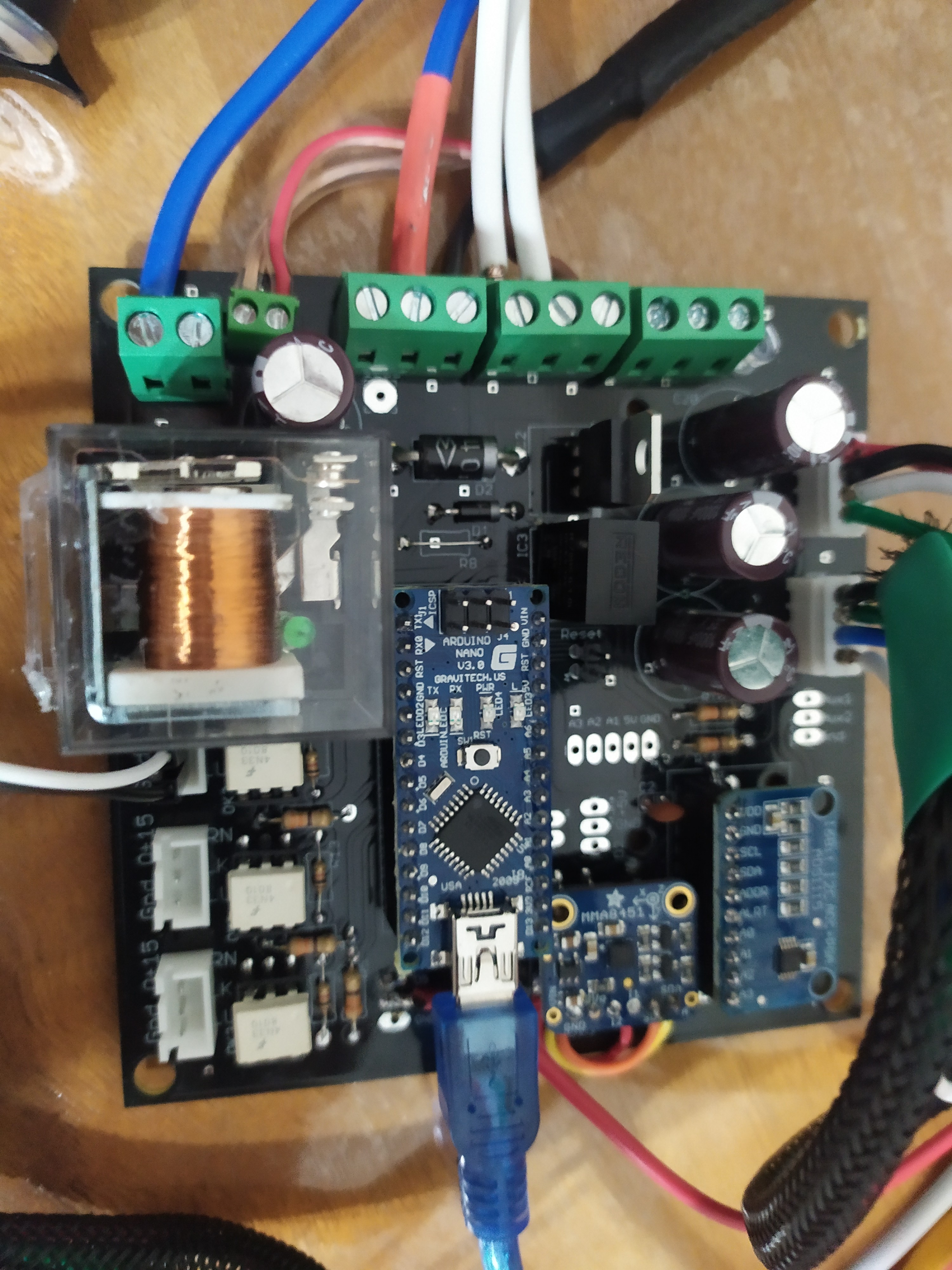 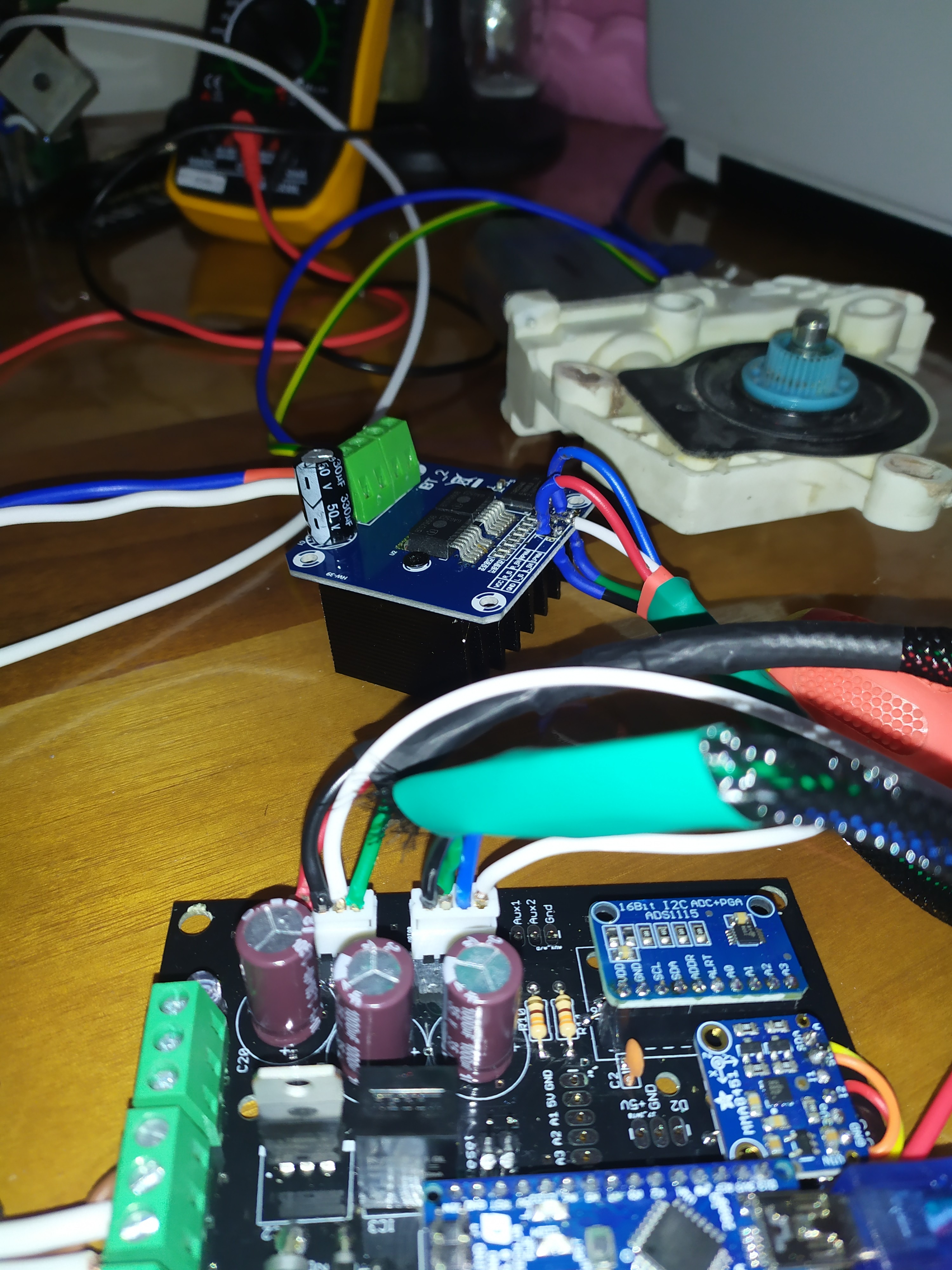 Do you have the correct mode or drive option selected? Have you sent the autosteer module config to the Arduino from in AoG?

I’m not sure I chose the right driving mode. Is there a video or picture about the settings? Ardunio or Autoster_USB_4.3.10 I sent the code in this file 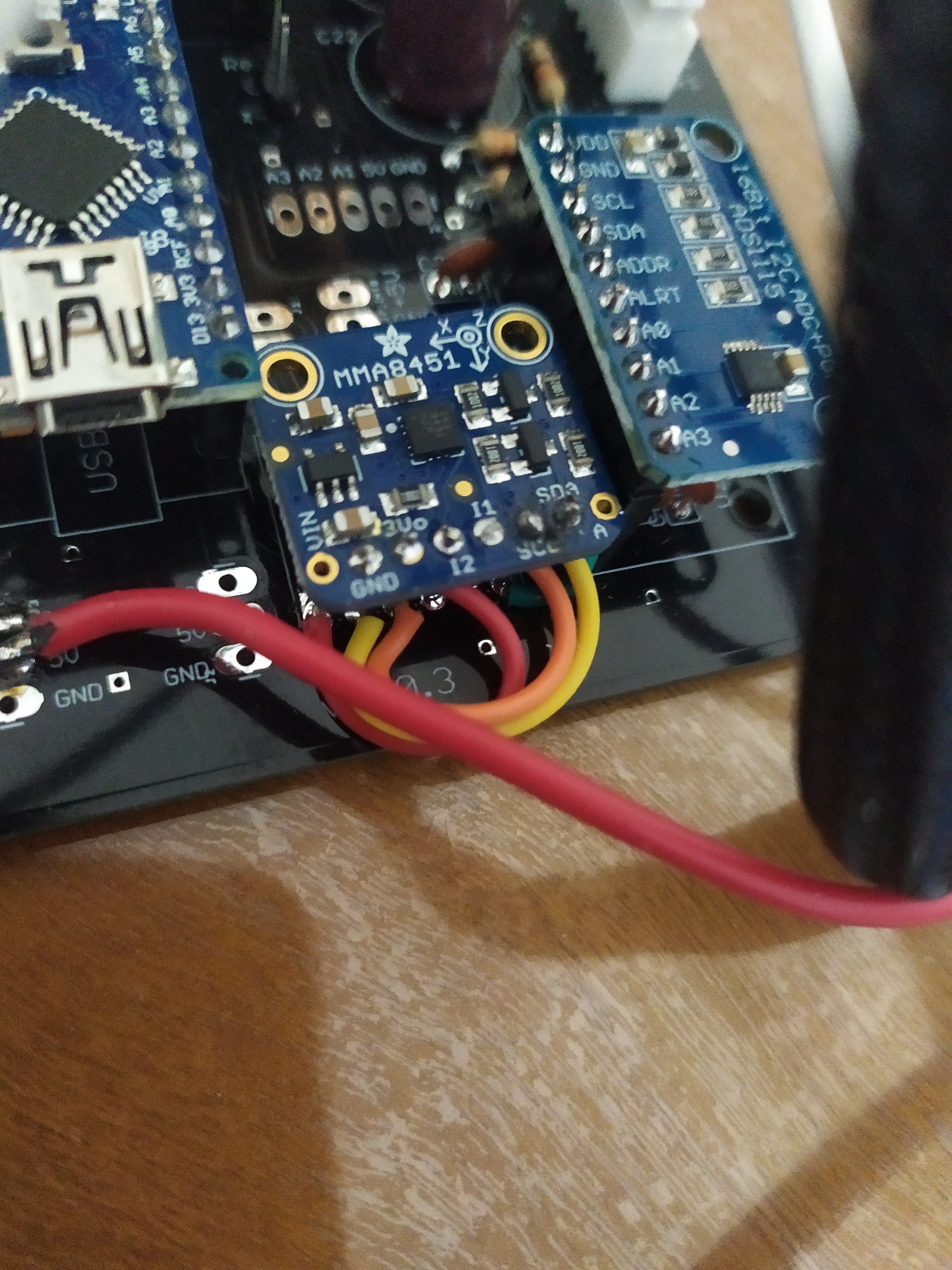 I used MMA8451 instead of MMA8452 I routed the connection paths with couplers. Could I have made a mistake here?

I don’t think so. Did you do the modul settings for steering arduino in AOG und sent it to the arduino? Did you set ibt2 as motor driver there?

my English is bad. I use google translation. I hope I’m not doing a wrong narration.

if I understand it correctly, you have a potentiometer with 10 turns end-to-end. That should be ok for a test, but it is not suitable for the real world. You’ll have e. g. +/-30°, so please use a potentiometer with one turn only - or better dedicated devices with a magnetic encoder (more robust). Voltage should be about 2.4V in the middle and change >1V in each direction. 10kOhm is ok, slightly less seems little better to me (2k2, 4k7).

WAS with Ackermann steering Autosteer

[Wheel Angle Signal Path AOG] That should be the signal path of the wheel angle inside AOG Autosteer 4.3.10. @BrianTee_Admin Hope that’s correct so far…

The information you have given has helped me a lot. thank you bro. I panicked and did some ridiculous things. The whole problem is the potentiometer. I used 10 but 5k was fine. I found an 80 ° potentiometer with the value you say. works perfectly. I will mount it to the box. Is there a PCB direction in the tractor? The MMA 8451 works fine. BNO055 is used on V3 PCB. I can make the card I have V3. Would you recommend BNO055? What does BNO055 bring me?

I’ll put the PCB in the box. 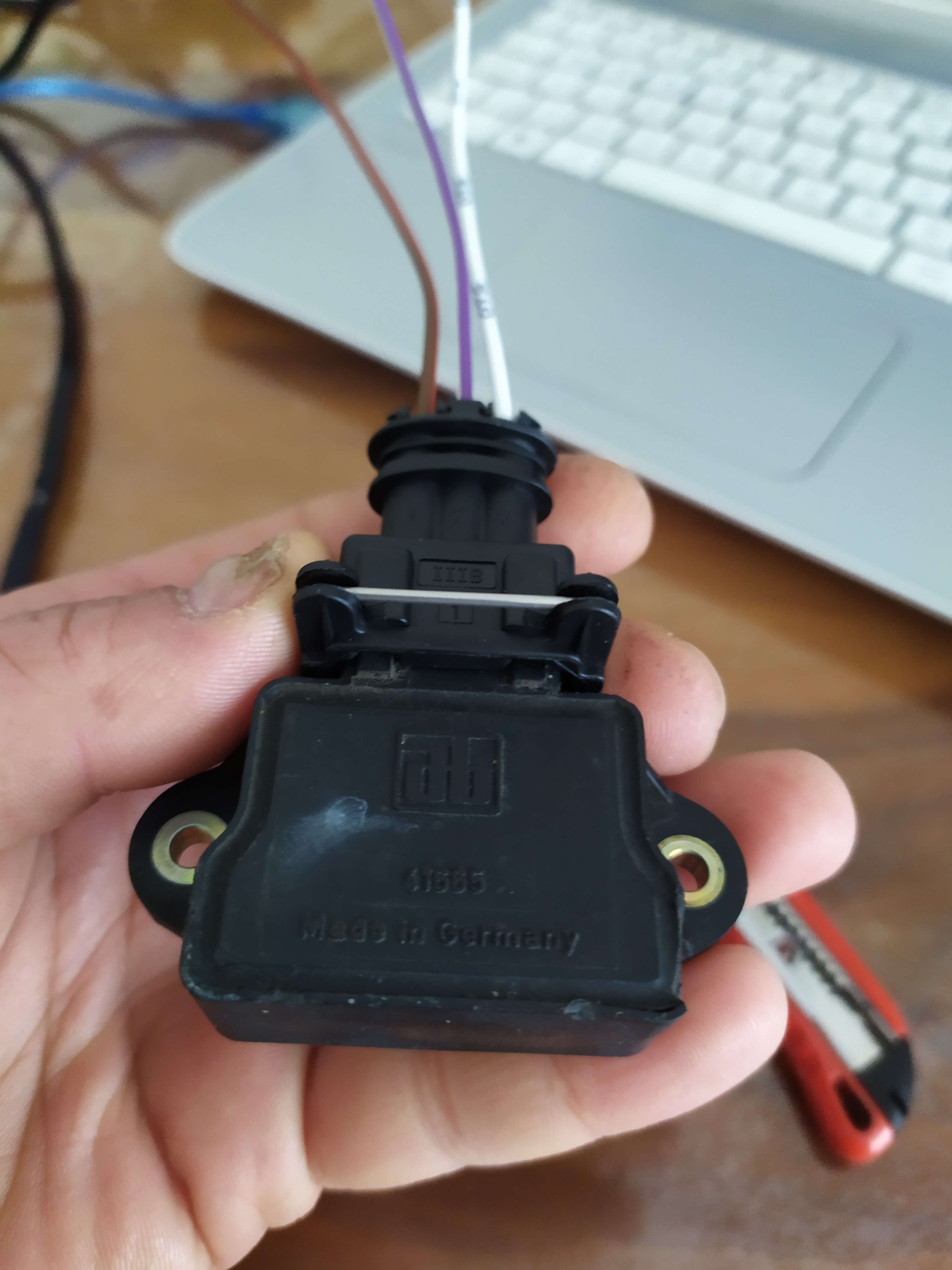 Would you recommend that I comply with this scheme when assembling on the tractor?

Both those sensors give trouble. Depending on your conditions it will depend which gives the most. The MMA is very noisy in rough conditions and the bno055 is susceptible to magnetic disturbances and also randomly recalibrated itself and decides to drift quite quickly.

The BNO085 is miles better. The cmps14 is being pushed hard here too. It is supposedly better than BNO085. I dispute that but that is the subject of another discussion.

Neither are in the main arduino code yet but there are several versions of the code posted here to run these sensors. Either of these ‘new’ sensors replace both of those. So you only need the one

I found BNO055 in my country. It is also difficult to bring from abroad. Are you placing the BNO085 on the tractor cab? Even if there is a problem at customs, I will try to bring it.

There is a lot of development happening at the moment with AOG. I wouldn’t want to convince you to buy something that is not going to be supported as standard especially if it’s difficult to get in your country. From your pictures it looks like you already have your sensors so maybe use these for now then change when we know what is best supported? The wiring you show is correct as far as I can see.

I have the BNO085 in my cab yes. If you are mounting the BNO055 in the cab just make sure it isn’t too close to anything likely to produce magnetic interference.

I could not find a 588 rpm engine in my country. How can I use the motor in the picture?

What is your suggestion? I got stuck with the engine.