Click around, if you click on a base station it will tell you what strings it is sending etc

Most work for adding NTRIP to OpenGrade3D was made by @nut .

I was looking to add it to my “standard” OpenGrade but it’s above my skills.
I only have very basic coding skills, most of my work is doing some copy and paste or searching on google how to do something!

I use NTRIP with ArdusimpleRTK2B’s

Don’t know if ardusimple can have a radio and an ntrip on top of the GPS, if it could then ntrip could be there with an ntrip master

I only have very basic coding skills, most of my work is doing some copy and paste or searching on google how to do something!

As far as I can tell that’s is all code writing is!
I have added @nut to above post to give credit where credit is due.

As far as using n trip in vehicle have users been
Doing for internet connection. Hotspot phone?

We hotspot our phones for the most part, bought in tractor cell booster(make sure you get 6 channel boosters for our area) and that works for 99% of time. For custom combine guys we put in cell modems with a sim card to keep it simple. We also run Climate fieldview so hotspot works for that as well

For cell boosters you have to be careful what kind you get because of fiberglass cabs now, if not enough metal or space between incoming antenna and booster antenna you will get feedback. We use cradle style antennas in cab, not as handy if you need to take phone out of cradle to text etc but limits feedback issues

Okay, that’s what I figured. Only issues is with the OpenGradeX wireless connectivity is it is a setup as its own LAN. Therefore you can’t hotspot from phone to the tablet to get an internet connection as it is already connected to OpenGradeX Network. I may have found a work around though, was originally conceived to update the two module with the correct firmware and update it if needed using OTA and Binary files uploaded to my Github. I had given up on it for a time as I was having some issues that where driving me nuts that I couldn’t nail down. For those who have downloaded OGX you will find it blank for that reason. 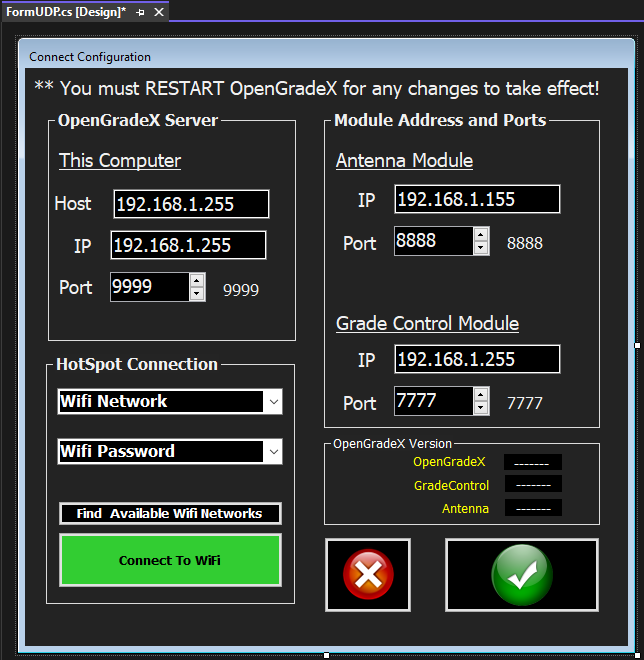 A majority of the code is already there. It would then allow you to hotspot your phone to the antenna Module and therefore add an internet connection to the network.

Don’t know if ardusimple can have a radio and an ntrip on top of the GPS, if it could then ntrip could be there with an ntrip master

They make a shield for adding a 2nd XBee socket 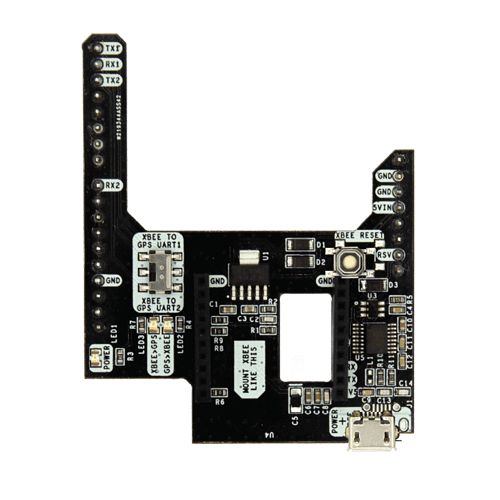 I see now that ardusimple makes a caster that fits in the Xbee Socket, I think it is possible to keep radio in socket and then also be able to send RTCM data to the ESP32 on the antenna module and do the same thing.

We have stacked the ardusimple with a 9 pin rs232 and a ntrip master on top of the GPS, have never done it with a radio and an ntrip. The other option is to pop the box open, remove the xbee radio module and pop in the ntrip module if switching from radio to ntrip

If you want to try an ntrip xbee module that sits on the ardusimple I have one kicking around here if you want to try it for some testing. The ntrip master what neighbor uses to send his base station data to rtk2go as well. Simple, can be set as caster, server or client.

We had a look around the shop and think we got everything we need for the Danfoss valves. Dont think it’s a 32 but should work. Are there 12v outputs for the valves or how is that looking

As for the current topic, if the tablet has a sim card does that still affect the wireless connection to the grade module?

so the valves are pvg 32 but they are a bit old, so were gonna have to clean them up a litlle but they should work. does the valves need any sort of failsafe like a shock valve or presure relief valve in case something goes wrong or should it be fine.

since opengradeX is controling the valves, how about a way to manually control the implement? a switch or something like that, so that you wouldn’t have to plug a tablet to it just so you could move it?

The PVG I sourced had an internal pressure reliefs that bypassed oil if the valve is closed and tractor is still supplying. You would have to find out if your valves hasthat. I haven’t had a chance to finish the 12V portion yet. I believe I can do it with and op amp and a couple resistors. I can also add some pin outs on the V2 boards for some buttons if you would like to add them later. I probably won’t spend much time coding it in though as I will mostly use it on a CNH system and have the levered in tractor to lift and lower imp. As well the Grade control Module sits in a sealed case that’s not very easy to get apart once assembled so it may just be easier to grab the tablet if you need to move it

hmm, i know you can add a presure relief to the pvg block but what your talking about sounds more like an open centre where it just circulates the oil from the pressure input to the tank output.
as for the buttons i can see your point with having them in the box and not being able to control the from the cab anyway… may be something for bench testing but other than that i see what you mean

@blackace “The PVG I sourced had an internal pressure reliefs that bypassed oil if the valve is closed and tractor is still supplying. You would have to find.”

The one I looked at was an anolog input, but where as the CNH and Deere looke for 0-5V, that valve looks for 0-12V. All that needs to be done is too convert the 5 V signal to a 12 V signal and add 12 v regulator to keep it at a constant 12V instead of whatever the tractor is at (13+V when running).

I know there are 105 posts here, but they cover your needs:

So we must put that line in the ino. But I find it strange that this line from grabik or something else does not already take care of that issue in an ino where one have the ability choose nr. 4: // 4 = Danfoss Valve PVE A/H/M + IBT_2 Driver. How does it then work together with motordrive () or Flow or somewhere else where the calculation of pwm is done. Or is the demand for steering a Duty cycle demand? perhaps from AOG?

hmm, correct me if i’m wrong but are the valves used for the autosteere not proportional valves? think we settled on a on/off system since its only a grader and i dont think the software is able to give out precise volts in order to use a proportional valve. since we have a LOT of Danfoss pvg stuff at home we decided if it moves to fast or to slow we will just change the glider within to make a larger or smaller output to the cyllinders

That doesn’t help my cause because I wrote all the firmware for the two Module basically from scratch. I only need help with the electrical side of it.