The latest AGOpenGPS version today is at
[Releases · farmerbriantee/AgOpenGPS · GitHub]
(Releases · farmerbriantee/AgOpenGPS · GitHub) 5.3.8
I downloaded several zip files to v 5.3.3 and did not locate an installer.
I made a folder in
ProgramFiles
and unzipped one version to that and the program runs but has unhandled exceptions probably because of permissions on that folder.

Maybe I don’t need an installer, can I just create the required folder(s) and unzip to there?

Sorry to ask as so much work has been done on the program and a nooboo question is not on the top of the list.

Version 4.3.1 has an installer available.

I’ll overwrite the files in the folder it creates with a v5.* version. That should work.

Running the exe in v5.* creates the necessary folders in:
\AppData\Local\AgOpenGPS
for program data for each diff version of AgOpenGPS (AoG)

Then you can change the user data location in the AoG program itself after running it.

So, the way to do it is to download the *.zip, and run the exe without extracting?

I did the method of using the installer from v4.3.1 and overwrote the files in the AgOpenGPS folder with v
5*

The screen tells me the GPS is lost, but NEMA messages are coming in with a message with an arrow is “AgIO started?”

I’ll keep pushing buttons. Unless I should add/remove and just run the exe inside the Zip file

Update: yup, NEMA messages coming in, with simulator on it works in simulation mode. Turn off SIm and it’s lost. It seems I saw this issue with someone else. It was suggested to check com port and baud. I think I am good there. I’ll keep pushing buttons

One “button” you must try is the help

that should give you the pdf guide directly. You can also find the manual in the support folder.

Also read the FAQ, search for similar issues on this forum, youtube and Duck Duck Go.

Sorry, it’s been a tough day, time for a break:
Did you hear about the woman who was married to a succession of three Microsoft employees and still died a virgin?

Her first husband was in Training, and kept teaching her how to do it herself.

The second was in Sales, and kept telling her how good it was going to be.

And the third was in Tech Support, and kept saying “Don’t worry, it’ll be up any minute now…”

Your line ill keep pushing buttons, led me to believe you were already running the AOG program.
But apparently not.
I am afraid a msi cant solve your problem.
But first:
A zip file MUST be extracted before it run, so use extract all.
Then run aog.exe (I am not at computer so maybe not correct name)
The problem you then get could be related to the fact that agio want to have access to internet, perhaps your firewall prohibit that, and even put agio.exe in quarentine?

Yes, @Larsvest, I am now running AOG 5.* but I wasn’t sure if my unorthodox method of installing was actually a problem. I will assume not. Writes to the registry and dependent folders and permissions can present problems so I was trying with my questions to be, well, orthodox.

Last version running was 3.1.0 and GPS worked fine, RTK fix and everything.

My topic was locating the latest installer, but since I have this thread here, I am running AOG 5 something and NEMA messages are coming through, but there is the message that the program is “Lost”. With your suggestion, I will check the firewall, although I am not sure why agio needs internet access…not running NTRIP here. I could go back to an earlier version, perhaps.

My goal is to make a 55’ grid on my 63 acres and thin trees to be able to plant some Lutz Spruce. There is the Tree Planter fork that I could look at.

Anyway, I can open and close a field with my KML having been imported into AOG, so there is progress.

Thanks for the help! I know this is a volunteer effort and I am grateful.

Then agio is running so firewall is not the issue.
Agio somehow check for internet connection at startup, which some firewalls react on, and ask you to allow.

AgIO accesses the internal loopback adapter, which might be why it askes for firewall permission. It can also access ntrip via the internet.

Please allow me to point out a broken link on the wiki at Home · farmerbriantee/AgOpenGPS Wiki · GitHub
It is the link to: AgOpenGPS Discourse Forum
Apparently the correct address is https://discourse.agopengps.com/
Not agopengps.discourse.group

NEMA messges coming in to AgOpenGPS. U-blox shows the the same Com Port and Baud rate as I am using in AgopenGPS.

I restarted, pushed numerous buttons, downloaded 5.1.7 from @KentStuff, no connection.

Did I mention AgIO is allowed access through Windows Firewall?

Is connected GPS with no connection to AgIO a known issue with some 'puters?

Update: Apparently this AgIO starting problem was resolved by @BrianTee in response to another’s question regarding ← -AgIO Started?” . On my 'puter, AgIO is started when running AgOpenGPS. I checked the firewall and AgIO is allowed. I am running AgOpenGPS as Administrator. The “I’m lost” message occasionally goes away briefly. In the Screen System Data, there are messages coming in on CGA and VTG lines. The GPS is only in Float here as I’m inside.

Also, on this date, @Benjamin has posted an issue at AgIO freezes when starting a field - Bugs-requests - AgOpenGPS. Maybe there is no relationship here, but I’ll follow along to see what options there are. I recently had v 3.1.0 working with this hardware.

The “I’m Lost” message goes away briefly with do changes observed in the “System Data” window.

Edit: My issue is likely multipath interference from surrounds since I wanted to stay at my desk and just hang the antenna out the window. I have the ArdusimpleRTK2B with a Telit4GXbee add-onboard that is able to get RTCM corrections from a CORS station. Taking my small case apart, I can see the lights connecting, but GPS Fix and RTK lights blink occasionally.

And it seems that the way to install is to download a .zip, extract, run the exe and maybe the folders get created. I’m not really sure. Otherwise find an older *.msi, run that, then overwrite with files from later version. Good Luck. It’s good to have the help and a place to review issues. Thanks!!

Another Edit: Wasn’t a bad antenna location after all. I have a RTK Fix.

And under the Blue input arrows, occasionally there is data, output icon shows data all of the time.

When telling it to log NMEA, I get an unhandled exception.

I restarted, pushed numerous buttons, downloaded 5.1.7 from @KentStuff, no connection.

Go to the main page. Nothing that I’ve uploaded is accurate.

Still troubleshooting why the GPS is lost.
The GPS is set to Com7, 115000baud, 8,N,1
RTK fix
NEMA string is coming in.
I captured a video of AgIO to demonstrate. If anyone could watch and maybe comment on possible issues, it’s just over 30 seconds. I thought the AgOpenGPS screen would also be in the frame, but anyway, there is an RTK fix and the GPS signal is lost and found several times. System data window and AgOpenGPS windows did not capture What nmea sentences are you using? It looks like a lot of data coming in. Open the gps diag window in AgIO and the AgDiag exe.

zAgIO_log.txt (40.0 KB)
I got an Unhandled exception when trying to log NMEA data. There was no zAgIO_log.txt file in the folder. This makes me wonder again if my install is correct as the program is not running correctly and I am sure it is me, lol.

I created the file (New Text Document in file explorer) , ran the Log NMEA and the file made is attached above. RTK Fix, at the end, the “?” mark under age went away briefly.

AgDiag has no information regarding the GPS and I have no other hardware as I am just getting started with the project. I will need to get past this GPS Lost issue first. Do I need a field open? Field Closed? I can provide more computer hardware info, but it’s just a cheap Acer 114, Win10

I hope I have answered your question @m_elias Thanks!!

Let’s start fresh from the top.

What GPS unit are you using? Do you have an AutoSteer PCB? 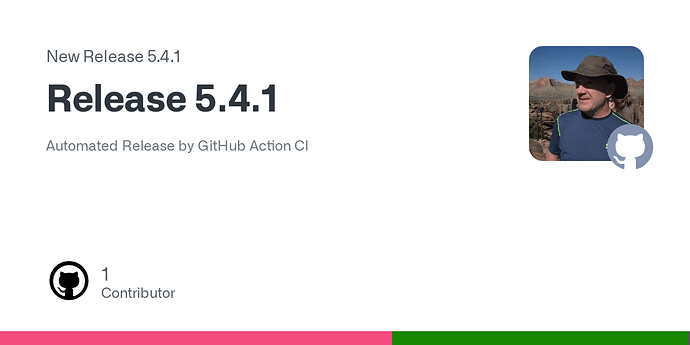 Extract both to a location of your choice, I suggest in a folder called “AgOpenGPS_5.4.1”, put the support files in a Support sub directory/folder

You should have the default vehicle & tool loaded with “Simulator On” at the bottom of the screen.

Now, connecting your GPS input & AutoSteer PCB depends on your setup. Let me know what hardware you have.

I suggest playing around with simulator on to get a feel for the settings and options, create a field, boundary, headland, coverage map, uturn etc.

You can enter your tractor & tool numbers/settings too (don’t forget to Save-As a new name) but don’t be surprised if the onscreen modelling looks goofy and sim autosteer doesn’t work quite right with your real world tractor/tool settings, the default vehicle does drive nicely in sim.

And also, if you use F9P download and install :

First, thank you @Vili and @m_elias and would you care to help me a bit more as I work through your suggestions. @m_elias , I completed the steps to re-install AoG, they were very clear instructions and there is a but here: But, the GPS is still lost. ie The “I’m Lost message” still only goes away intermittently.

My Hardware other than the Acer A114 with 4 gigs Ram, small SSD and running Windows 10 with all updates, is a simpleRTK2B V3 with the mounted 4G NTRIP Client.

This GPS was configured through u-blox and it is achieving cm accuracy. @Vili, I am maybe willing to flash the board but it is working using other apps such as OpenGrade. It seems like a slick setup as I get corrected messages into the Com Port.

Maybe there is too much latency involved with the connection to the CORS Station
ac53 map (noaa.gov)

There is no autosteer hardware.

Please advise, new computer, different board? I actually thought, hoped, that I was past the configuring the ZED-F9P stage. Since I am getting corrections through the Telit 4G module, would I flash it as a “Rover”?

Definitely flash as rover, with correct file from this forum.
When done in u-center you might allow too many settings.
And if set to output ubx, then AOG often get overloaded.